The University of San Carlos of Guatemala Joins the Cofuturo Consortium

The USAC has joined the network that UNIR, the University of Alcalá, and the King Juan Carlos University all promote to bring together higher education institutions in Latin America.

The consortium emerged two years ago and has already added powerful allies in Latin America. It is a consortium whose main objective is to bring higher education institutions together in Latin America to promote quality education. UNIR, the University of Alcalá (UAH), and the King Juan Carlos University (URJC) were the architects of this initiative, which has now welcomed a new member.

That would be the University of San Carlos of Guatemala (USAC), the fourth oldest in America and the largest and longest-lived university in the Central American country. Not surprisingly, its foundation dates back to 1676. “We are the only public university that has existed for 344 years in the region of Central America,” said Murphy Paiz, Chancellor of the institution, after the signing of the agreement, which was repeated in the same place where, in 2017, this pilot project emerged: the historic auditorium of the UAH. For USAC, this agreement represents “an opportunity to strengthen our academic programs and our educational methodology and, in this way, project ourselves to the entire region”.

“This alliance represents a great support for thousands of young people and professional graduates, because it will allow us to be more competitive in various markets and will make us grow at the level of undergraduate and postgraduate degrees, which means the possibility of having new careers for no less than 250,000 students”, he stressed.

Its support is a further endorsement of the consortium that was publicly presented in Ecuador last year, within the framework of the ESCEL congress, and that since then has the garnered the support of other higher education institutions of that country, such as: the Catholic University of Cuenca, the Technical University of Manabí or the University of the Armed Forces of Ecuador (ESPE), among others, in addition to several Colombian universities. 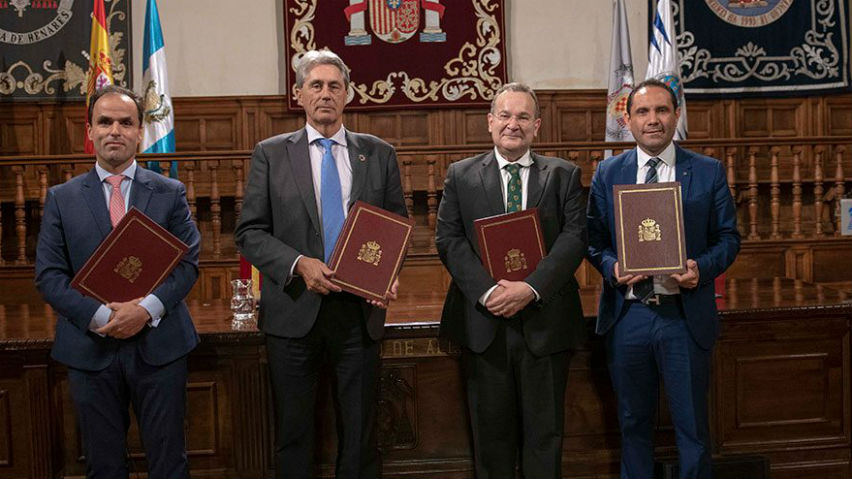 “The addition of USAC to Cofuturo implies having the main institution of higher education in Central America as a partner. It can be seen as a very important reinforcement of the initiative. Cofuturo is going to be a very relevant element among the many initiatives aimed at the implementation of an Latin-American Space for Higher Education, a very complex task but one which will have great benefits for the nations that will be integrated into it”, said José María Vázquez García-Peñuela, Chancellor of UNIR.

José Vicente Saz expressed himself in similar terms. The rector of UAH assured that this event is “one more step to fulfill one of the main objectives that we set for ourselves two years ago, to progressively incorporate new universities, so that we strengthen this project and expand our collaborative networks in a strategic geographical area for our university, such as Latin America”.

Javier Ramos, Chancellor of URJC, also spoke about strengthening the Cofuturo Consortium, noting that this pact allows “to expand the offer of academic and research exchange of the faculty of the universities that are part of the group. Without a doubt, the union of Spanish-speaking universities makes us stronger.”

As such, Cofuturo is strengthened thanks to all these educational entities committed and willing to establish concrete objectives and shared plans, based on viable cooperation programs to generate quality higher education. Because, in Latin America, seeking excellence in higher education in Spanish is a challenge. There are many organizations and associations in the Latin-American Space of Knowledge (EIC) that are working in this direction, but there are no concrete initiatives that solve the real needs raised in the universities of the EIC. 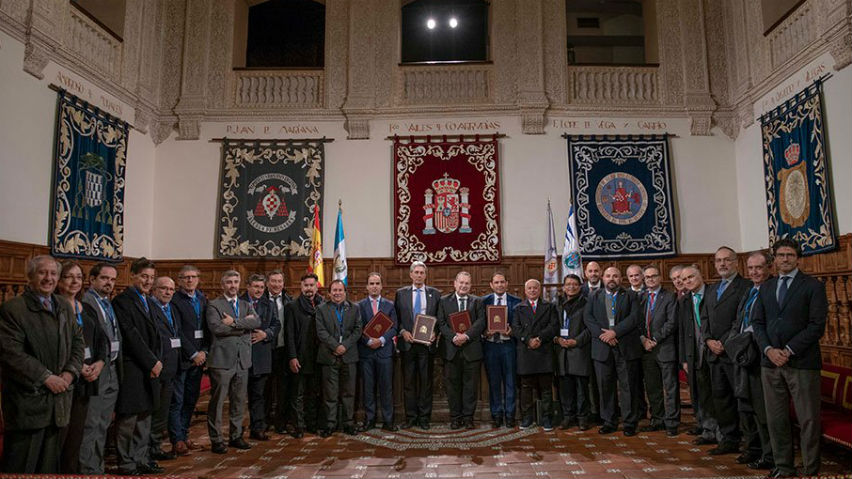 The objective of this Cofuturo network is to establish cooperation programs to achieve maximum synergies. Among the actions planned are the joint training programs that cover the levels of bachelor’s, master’s, and doctorate. In addition, academic mobility and virtual mobility plans will be promoted and possible training programs for researchers will be established in order to create emerging research groups with their own capacity for progress.

The group also advocates promoting research results, developing and transferring knowledge through innovation networks, and promoting the sharing of ICT in the programs and actions developed by the Consortium and in their dissemination in the Latin-American space.

It is a question of carrying out joint initiatives that increase internationalization, improve the quality of university education, and contribute to the development of strategic lines in higher education and research. The ultimate goal is to promote higher education in Spanish in the Latin-American Space of Knowledge.