Miguel Arrufat (UNIR): "The Collaboration Between Universities will be Vital to Overcome Future Challenges"

Rafael Puyol and Rubén González, President and Vice Chancellor of the university, participated in “The Future of Higher Education” course organized by UNIR and Madri+d in El Escorial.

Miguel Arrufat, director of the International University of La Rioja (UNIR), affirmed today that, “in the future there will be many university models, but the ones that will be 100% online will be a fundamental modality”.

Arrufat, who was involved in the opening session of the course about “The Future of Higher Education” that UNIR and Madri+d organized as a part of the Summer Courses at the Complutense University in El Escorial, highlighted “the importance of collaboration between universities to overcome future challenges”.

In Arrufat’s opinion, at this time “alternative teaching programs focused on accessing the job market are emerging” and he assures that, in this situation, “the hybrid modality will consolidate”.

He gave the example of three leading centers of the English-speaking world: Harvard and the University of California in the U.S. and Cambridge in the UK. Arrufat said these universities would “start offering their courses 100% online in September. They will have a great advantage to tackle this technological challenge”, he assured.

Return to the Classrooms?

The director of UNIR referred to the pandemic that is affecting the education system as we know it, indicating that “the majority of educational institutions are preparing to return to the classrooms, even though the students’ plans aren’t so clear”.

Rafeal Puyol, president of UNIR and Department Chair of Human Geography, offered data about the growing university demand: “The number of students will go from 100 million in 2000 to almost 600 million in 2040”. 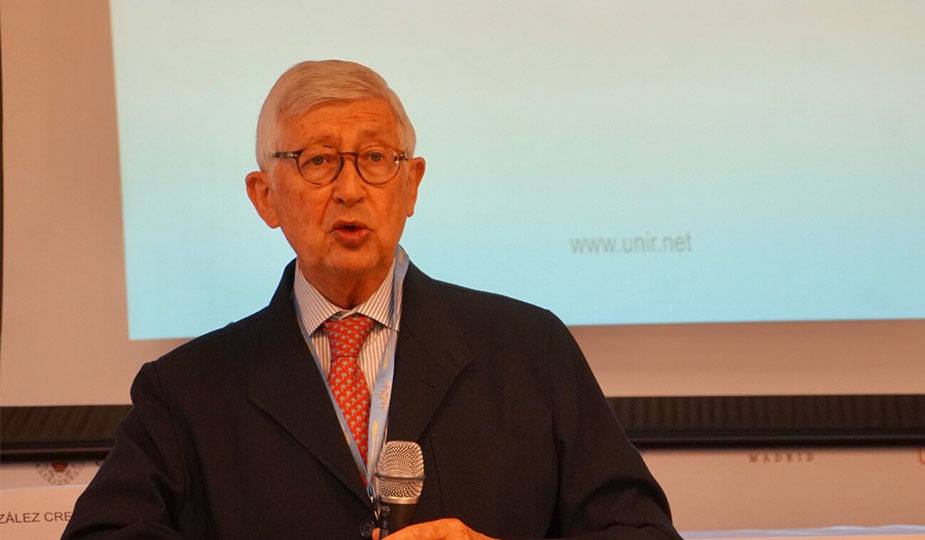 “In this evolution demographics (birthrate) play a decisive role and socioeconomic factors are reflected through the school enrollment rate”, he added.

Puyol foresees that, along with in-person education, “100% online education and hybrid modalities will grow at a rapid rate. A conservative estimate brings it to about 100 million applicants for education exclusively taught online within 20 years.”

Rubén González Crespo, Vice Chancellor of Academic Management and Teaching Staff at UNIR, stated in his presentation, ‘The Digital Transformation’, that the greatest challenge facing universities in the 21st century is “to incorporate the technological revolution into the global educational system, if we want universities to reach the objective of offering future professionals what they demand”.

González Crespo highlighted that “technology itself isn’t an end, but a means achieve a goal” like the creation of “interactive and digital study plans to attend to society’s needs today”, or the implementation of Blockchain to “obtain university certificates, which is a real disruption, and one that UNIR is already applying”. 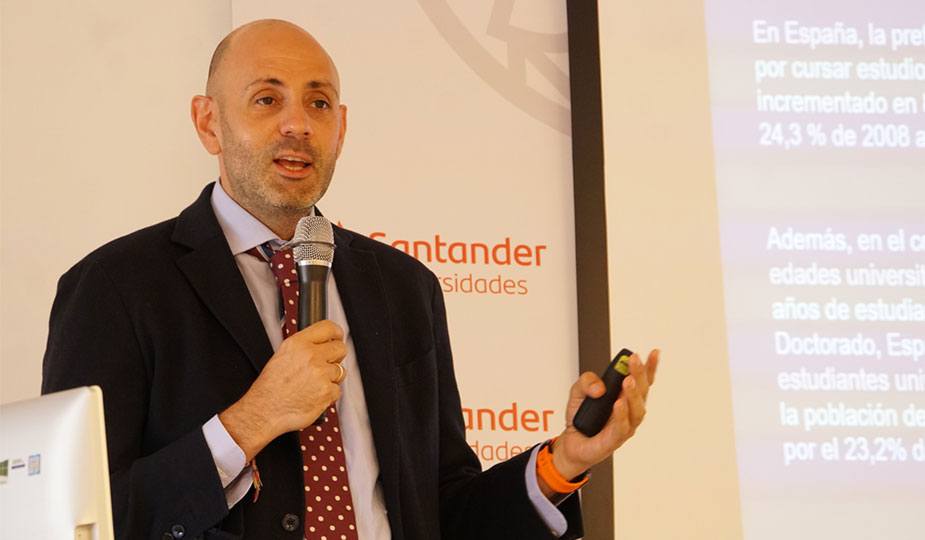 Victoria Galán-Muros, co-founder and CEO of Innovative Futures Institute, stressed that in the future, they take on “a degree between education and catastrophe”, and in that degree the roles of the university will change.

Amongst these roles, training supported by the business world is required. “In the U.S., for example, they don’t find professionals with digital skills; and at New York University they recruit industry professionals to get students to acquire said skills” she explained.

Galán-Muros added that “research will be connected to society’s challenges and will be more and more open and collaborative”.

The course will continue this afternoon with the round table ‘The Territorial Impact on Higher Education’, moderated by Álvaro Sanmartín, CEO of Minds Studio. Participants will be Santiago Acosta, Chancellor of the Universidad Técnica Particular de Loja (Ecuador); Xiangcen Guo, deputy director of SkillsFuture (Singapore); and Pierre Dubuc, co-founder and CEO of Openclassrooms (Paris).